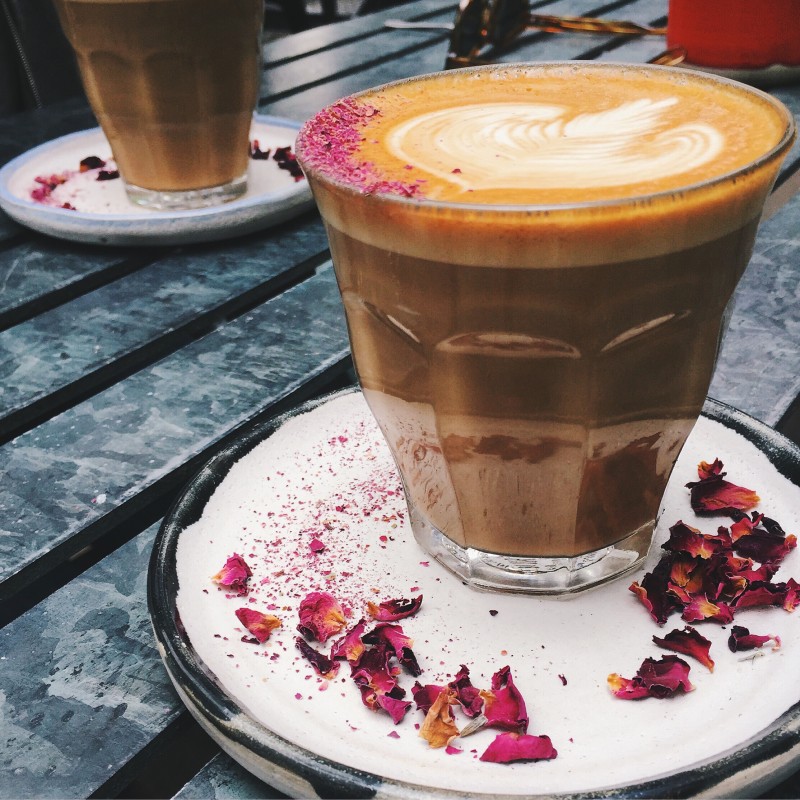 Hunting a rose-water infused coffee for four days? No problem.

It started when I spotted a with rose petals sprinkled coffee on Instagram’s discovery page (I mean – where else do you find that kind of stuff). It was clear to me that, after a quick click here and there, this place seemed like the healthy Notting Hill all-day breakfast dream coming true and I was sold to the idea of testing something new instead of ending up at familiar places and spaces.

No time wasted and only a few days later, Natalie was in town and we decided that Farm Girl doesn’t only sound nice for a Saturday brunch in forecasted sunny London (very rare!) but also looked promising in terms of these coffees, avocado toasts, acai bowls and all other things that call their homes at the vegan-health-girls-front (admitted: I do prefer these breakfast options over some greasy things in the morning).

As expected, arriving in Notting Hill on a Saturday was the kind of human-crowd-hell nobody wants to encounter (nobody who’s not into physical socialising by leaning against others…) but oh well, it was all for the rose coffee, so no whining about sweaty people, crammed tube carriages or blocked roads. 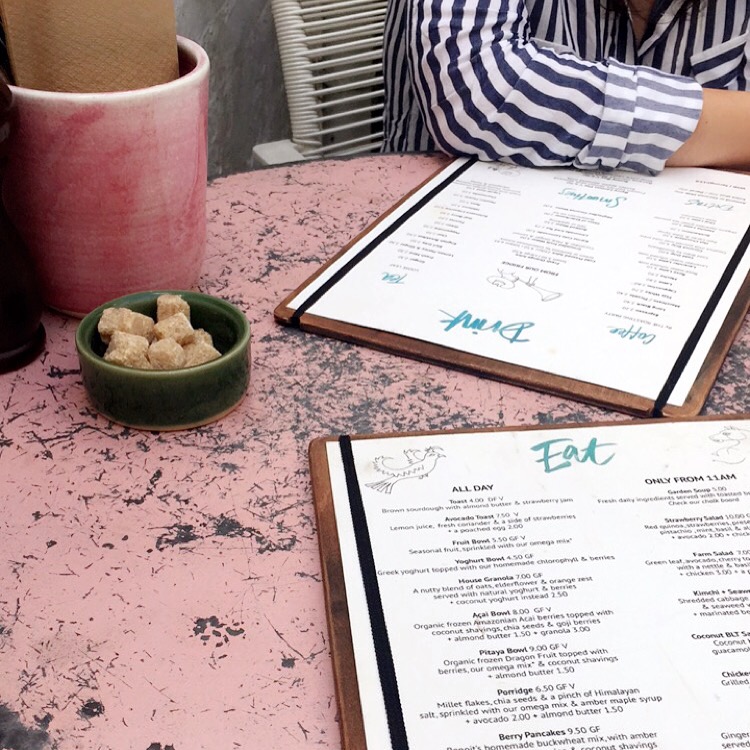 The moment we sat down at Farm Girl (and after being lucky enough to save one of these two vintage-pink coloured tables – this whole influencer-world is having the most awful impact on me), we’ve been informed that there just occurred a power outage. Classic.

I should have known better but “No worries we’ll wait”, I insisted, thinking it will really just take 5 minutes and a carafe of their cucumber infused waters. 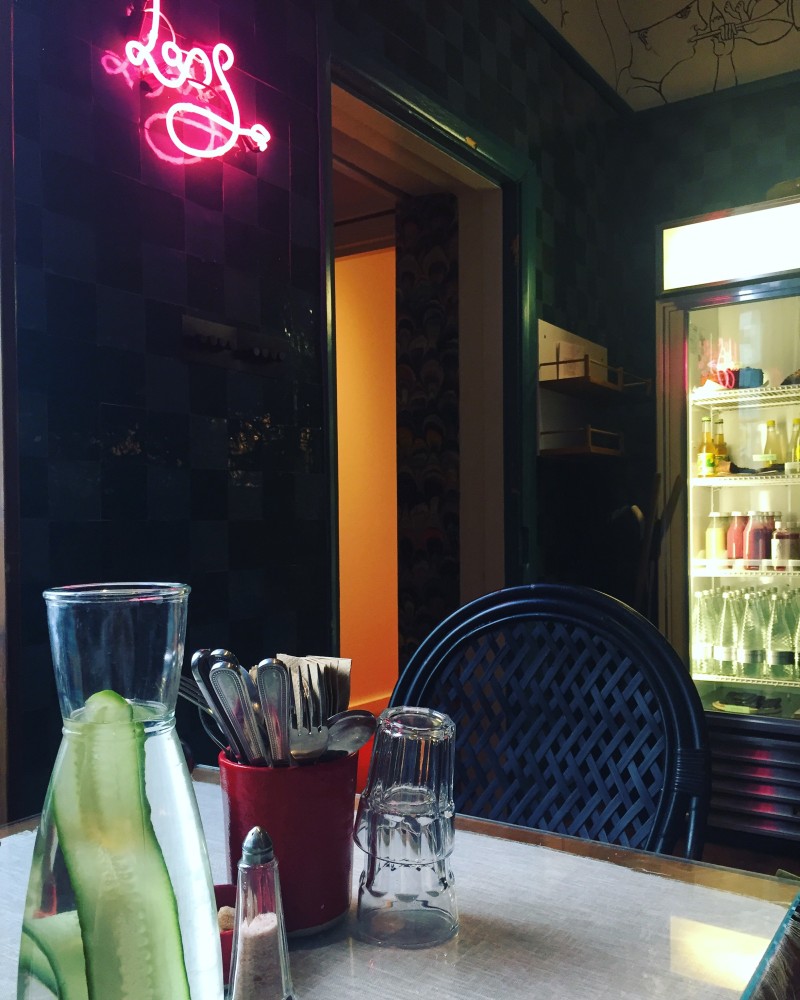 As time went by, hunger grew, suspicions increased and finally we gave up. We decided to officially call it an unsatisfying morning without ANY coffee and trotted off to 202*, another nice breakfast spot in Notting Hill, which seems like a sweet alternative to Granger & Co should you be around Westbourne Grove. 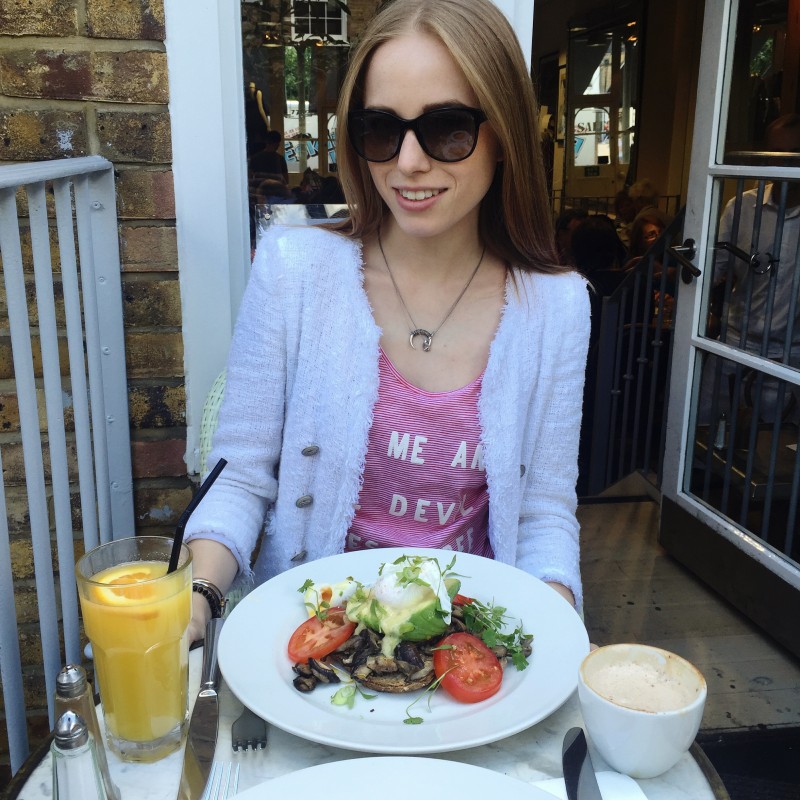 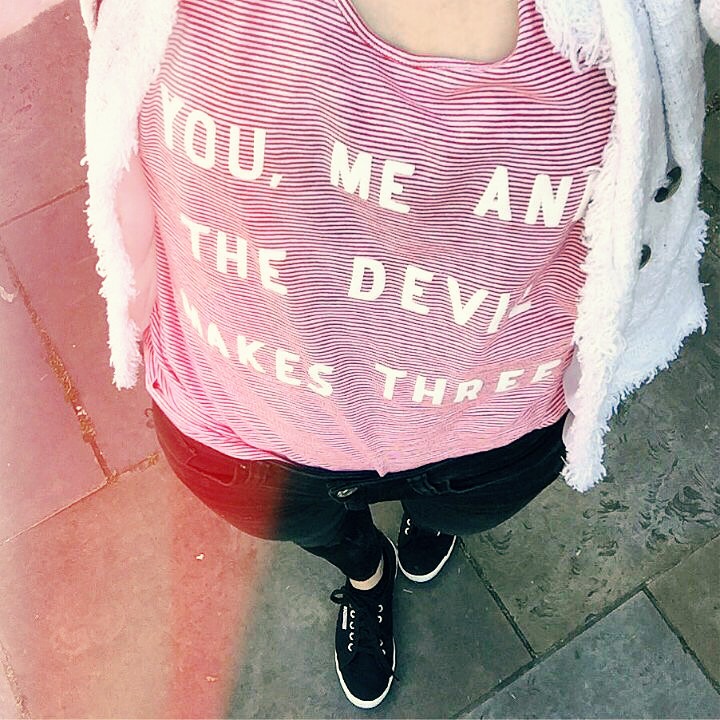 But the thought that I made the effort to try something new when I don’t travel abroad and a friend of mine is visiting who’s just as much into trying new things as I am, there occurs a power outage at a little cafe hidden on Portobello Road just wouldn’t let go? Really?

It’s the stupidest first world problem I’ve ever seen myself talking about but it started annoying me the more I thought about it and if you just have the perfect counterpart in front of you, there’s no stopping from taking a toll down the escalation-ladder of “I want that damn rose café. It looked too good to be postponed”.

It would haunt me for exactly four days until we decided, we’ll give it another try & seriously drove back to the place to get our petal-infused drinks in the middle of the day (and my lunch break). We don’t get it on Sunday you say? We’ll get it Tuesday, no doubts. 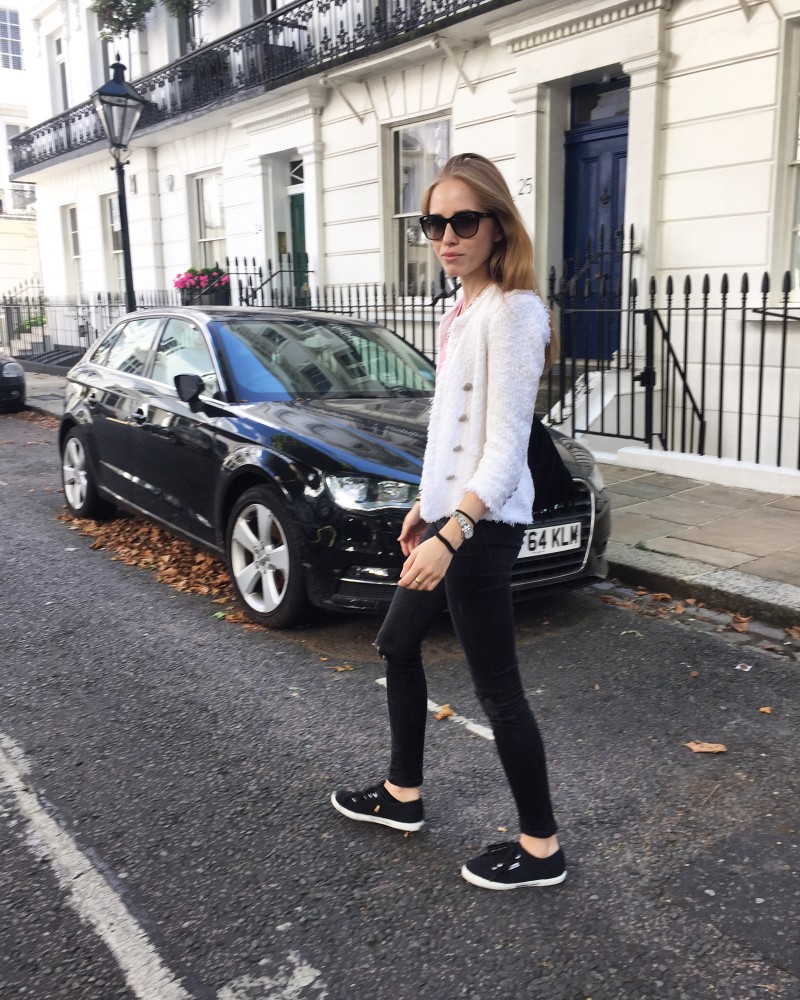 If you can’t relate to the struggle of traveling back and forth for a single coffee that had some flowers on top, you’re probably totally fine and don’t find that story funny at all but it’s so good to look back and laugh at what else didn’t work on that weekend while still having an awesome time.
The waffle machine was broken at Breakfast Club on Sunday, my favourite Indian restaurant was closed on Monday when we went all the way to Richmond and finally – Farm Girl was about to tell me that they ran out of almond butter but luckily they found some somewhere in the deepness of the kitchen on Tuesday. Really, it started to become a joke. But a good one.

Now, out of all the experiences I had with having brunches and breakfasts in London, Farm Girl was sweet, definitely a little gem off Portobello Road but also a little overwhelmed with that issue on Saturday and even stressed out on that regular Tuesday (the restaurant was busy though so I will take this as a good sign).

The vibe just wasn’t there and it might have been the first impression I got when we arrived under the worst circumstances ever (a power outage is indeed unfortunate on a sunny Saturday) but usually, I give second chances and yet, I’m still not sure whether I’d recommend the place if it was for the ambience and service alone. Let’s put it that way: It was underwhelming for what it promised. 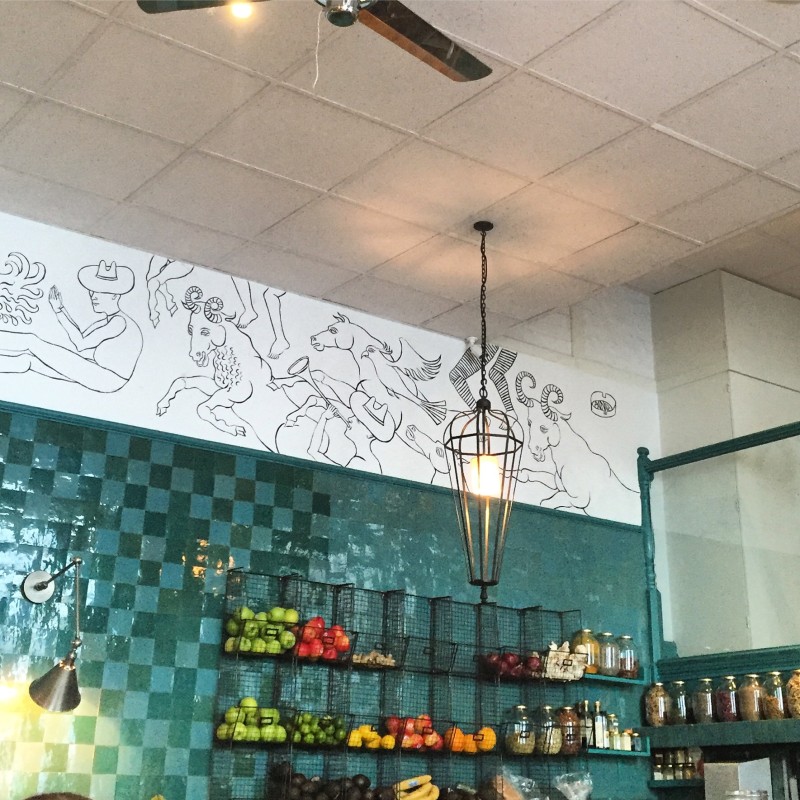 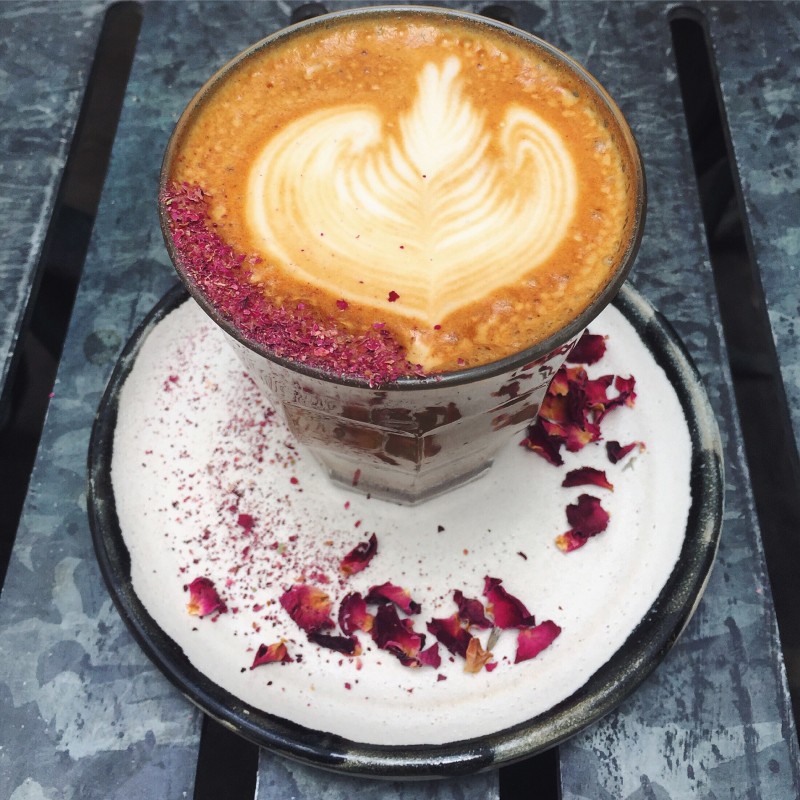 That rose coffee was fine and other meals looked beautifully arranged (mine was too regular to judge on it though). But staff didn’t seem motivated or happy and I realised once more how important it is to have people in your business that are actually cool with what they’re doing there.

Sometimes, it’s weekends like these that make you appreciate lots of different things and put others into perspective, despite the obstacles that might occur.. not least to realise that rose coffees are not meant to become a thing solely.  ;) 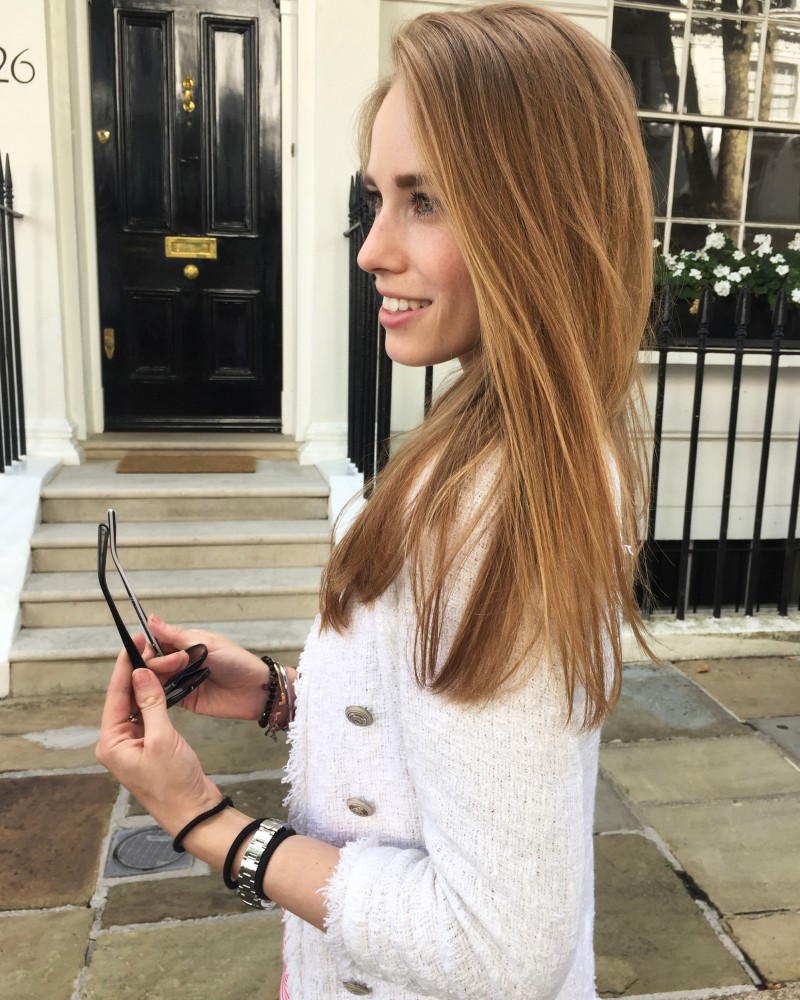