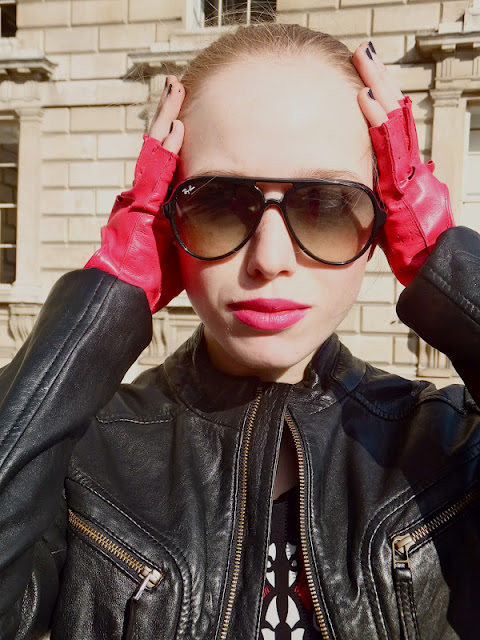 So this is the very end of London Fashion Week for this season and I can tell: This day was exhausting. Maybe because of the fact that it was Sunday and I was awake until approximately 4 am but maybe it was just because of the fact that the whole Somerset House courtyard including half (if not the whole) Somerset House was PACKED with fashion victims and fashionistas/-os from all over the city. I just couldn’t believe how full this place could get. Fashion Week was nothing in comparison to the amount of people streaming in and out at this place yesterday. Although I totally enjoyed the amazing weather London’s currently blessed with, I must admit that this was by far not what I’ve been expecting, which led me to a somehow unmotivated mood. I really enjoyed last time’s visit to Fashion Weekend (which happened when the event was still based at another location) but this time felt busier than anything else related to a Fashion Week Event. Don’t misunderstand me: I love being around cool people, inspiring personalities and show ponies (who actually deserve to show off). But being surrounded by 1000 hipsters, another 1000 self-appointed fashionistas/-os and a cute bunch of English trash chicks mixed up with some …undefinable weird people (leaving the impression of being on drugs rather than being anything else) made me feel really uncomfortable and just aggressive. I hate being pushed by unpleasant security men and I hate having an argument with uneducated brats telling me where to sit when I obviously held my personal reservation for the second row during the fashion show in my hands. In case you think: “Who the hell she thinks she is?” – well, in fact nobody to feel better but someone who knows how to behave and someone who tries to enjoy an event which is full of such people. My tolerance range has a broad spectrum reaching from super conservative to super crazy (I know.. what a bad definition of these boundaries – there’s just no time to philosophize about this now) but when it comes to places being crowded with hysterical people who behave like this is the end of the world just because this is meant to be the event to shop till you drop (it literally is), then I’m getting fed up.
To stay fair, I have to tell that I enjoyed the fashion show, I enjoyed being there once again and I just loved flipping through the thousands of clothes rails of different designers and taking some looks on cool jewellery designs. But the fact that people where nearly rushing through everything and screaming like idiots around, seriously acting like this is the end of the world left me rather with the feeling of a wild mixture of final sales at Topshop and the very last time Primark opens its doors before shutting down forever. Not to mention that sometimes (obviously depending on the designers and labels) the prices were absurdly high (haha you people don’t get me with your “10 % off JUST TODAY”-strategy (been tricked out by Selfridges for my curling iron ONCE in a lifetime)), my budget told me to calm down & keep it as low as it is (not lower).
Fashion Weekend is surely an event perfectly made for someone having a big purse not suffering from anorexia just like mine does at the moment (yeah I’m quoting Natalia Kills’ lines… because I can. POW!)). But not for someone who likes it a little more …structured. And civilzed. I know…Fashion Week(end) + structures = contradiction in itself. But at least Fashion Week gave me the impression of not finding myself in the middle of the Topshop-Primark-scenario I described above.
Nevertheless, I think I fairly tried to get as much out of it as possible. An interesting experience I don’t want to miss.
Trench Coat: Zara
Leather Jacket: Hallhuber
Dress: Comma
Gloves: present by my Aunt
Shades: Ray Ban
Bag: Balenciaga
Shoes: Guess (once again) 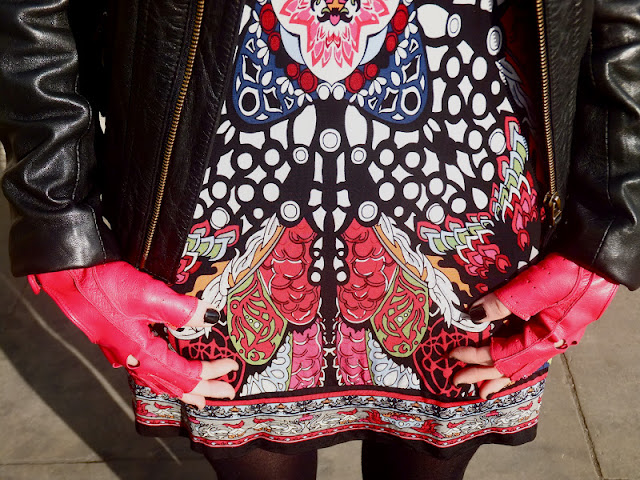 For this rather leisure day and because of the lovely weather, I chose a summer dress and combined it to my leather jacket. As you can clearly see: The focus lay on pink & black. A combination I’m normally not that convinced of (always reminds me of Avril Lavigne’s metamorphosis from punk-nobody to punk-rock-chic-glitzy-glammy-emo-girly) but which I just felt like pulling once in a while. Mainly because of these amazing gloves I received as a present from my aunt. A little too large but still eccentric. I like. 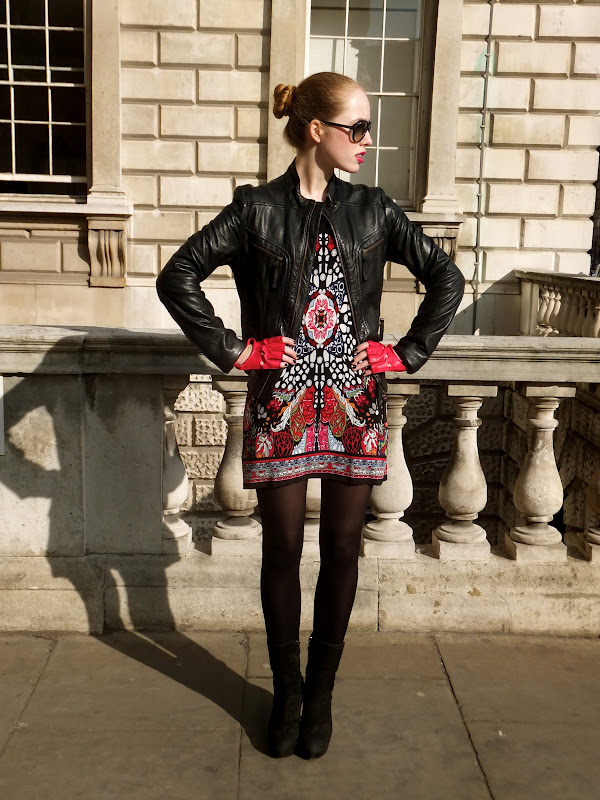 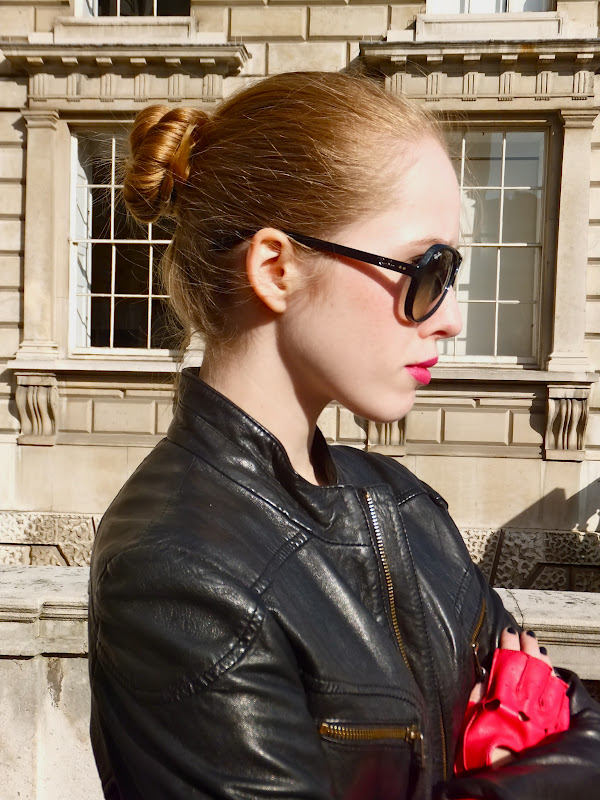 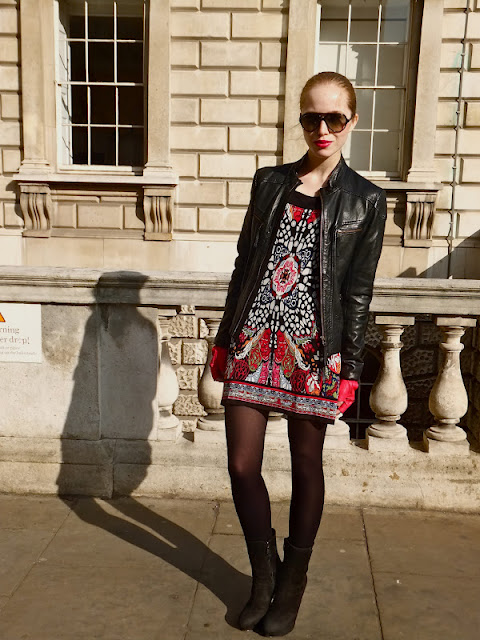 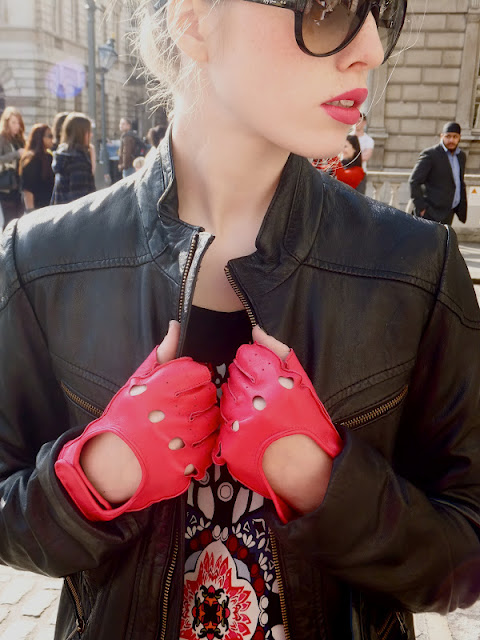 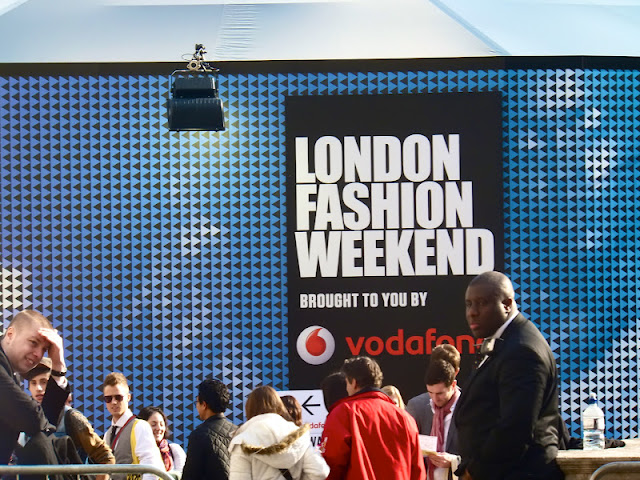 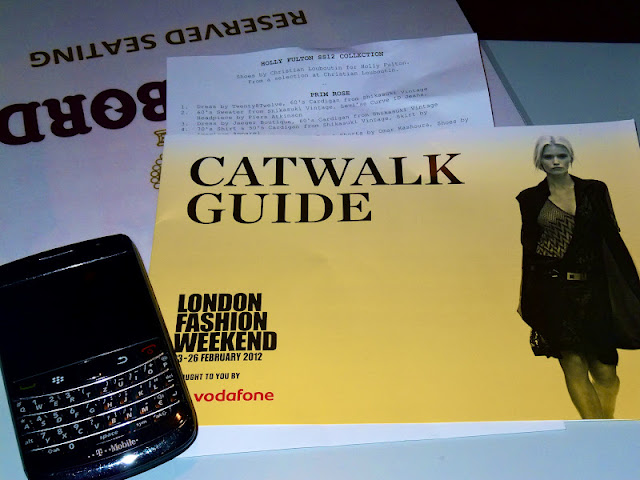 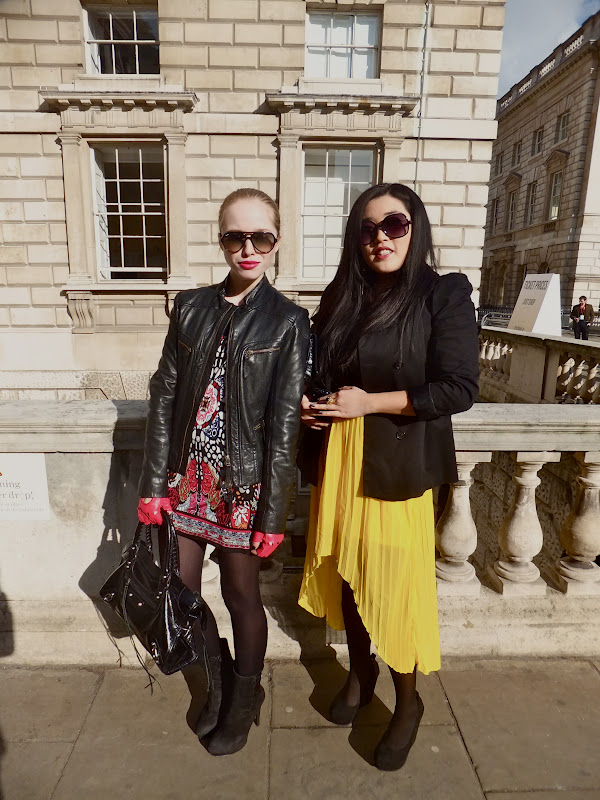 A little review including video(s?) (still not sure about my skills in here) about the the show will follow tomorrow. 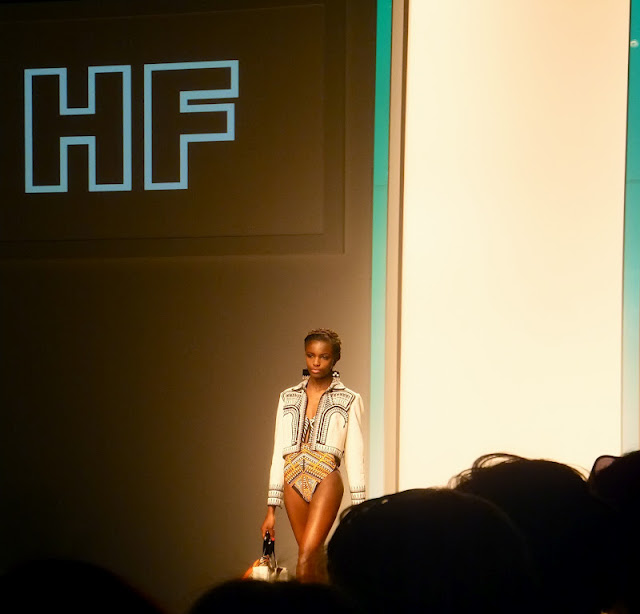 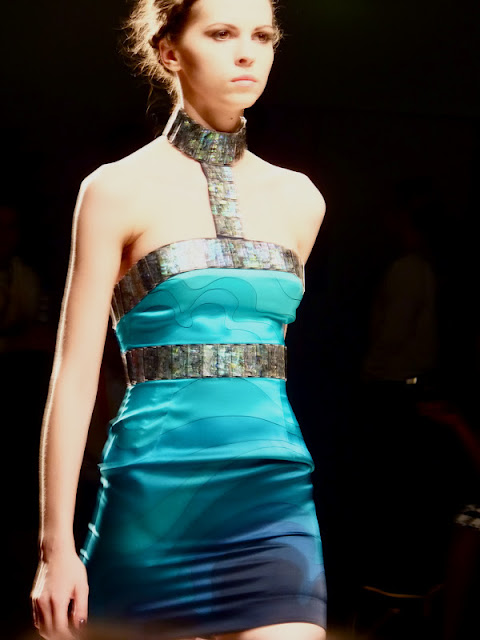 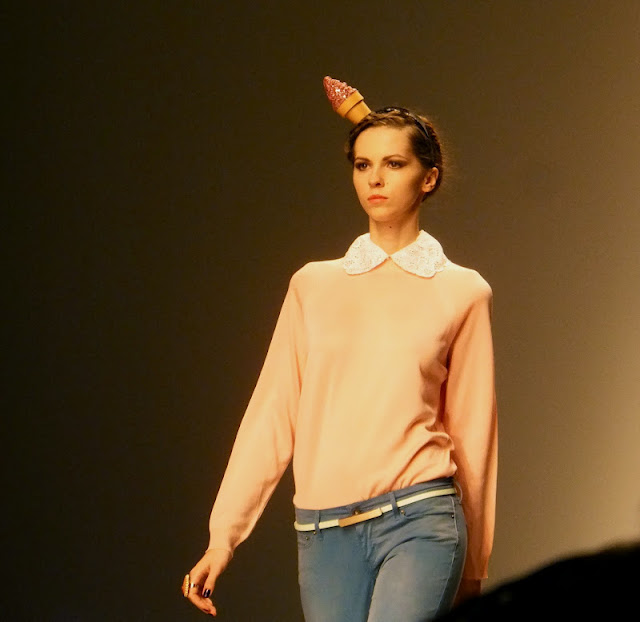 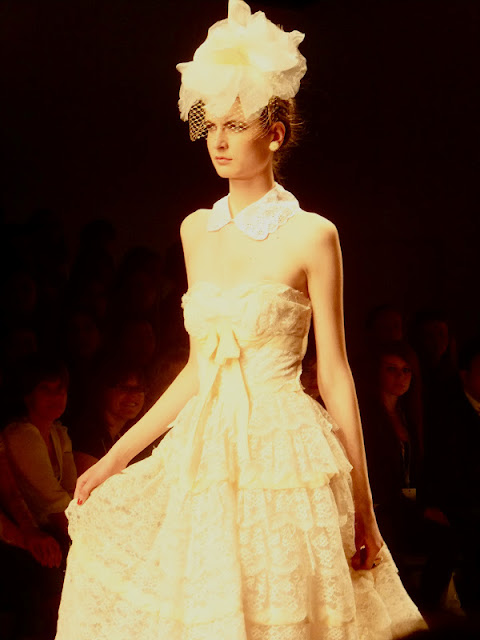 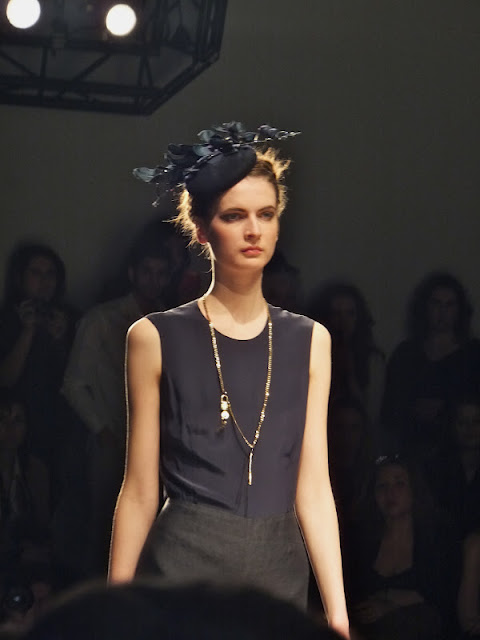 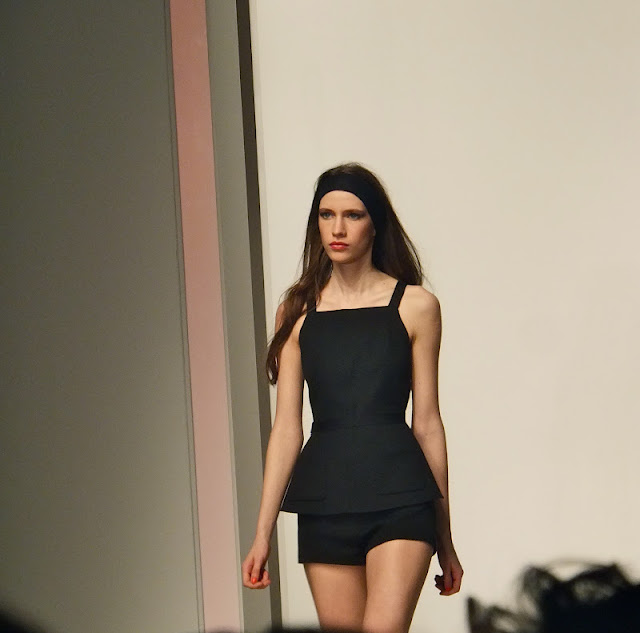 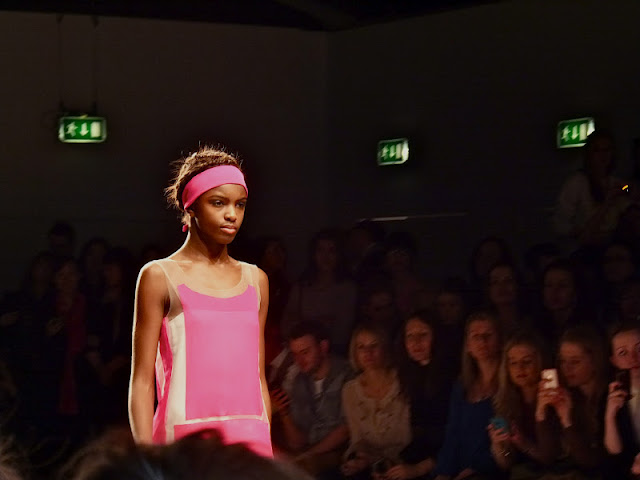 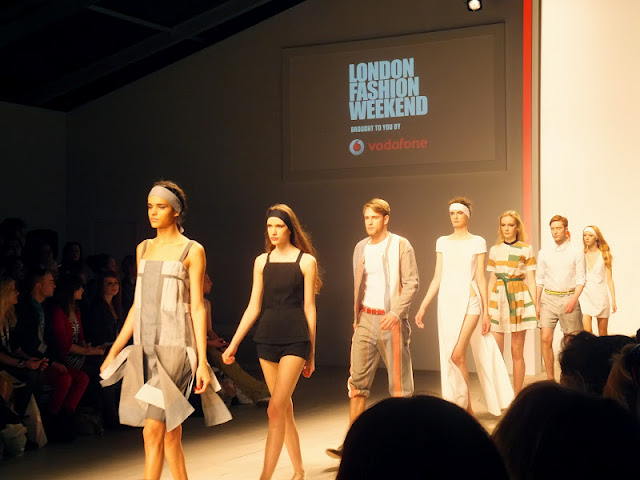 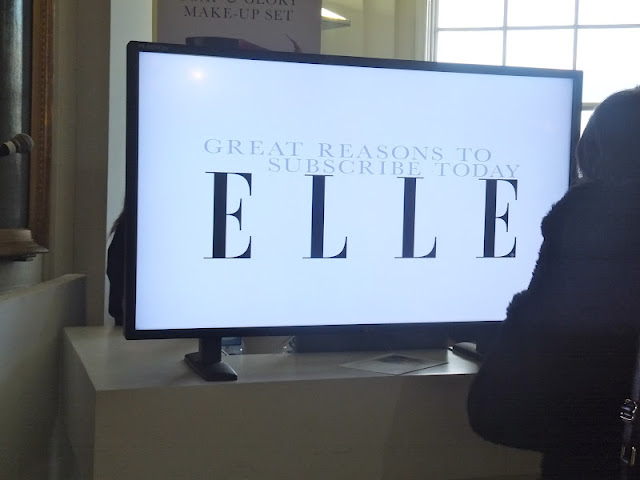 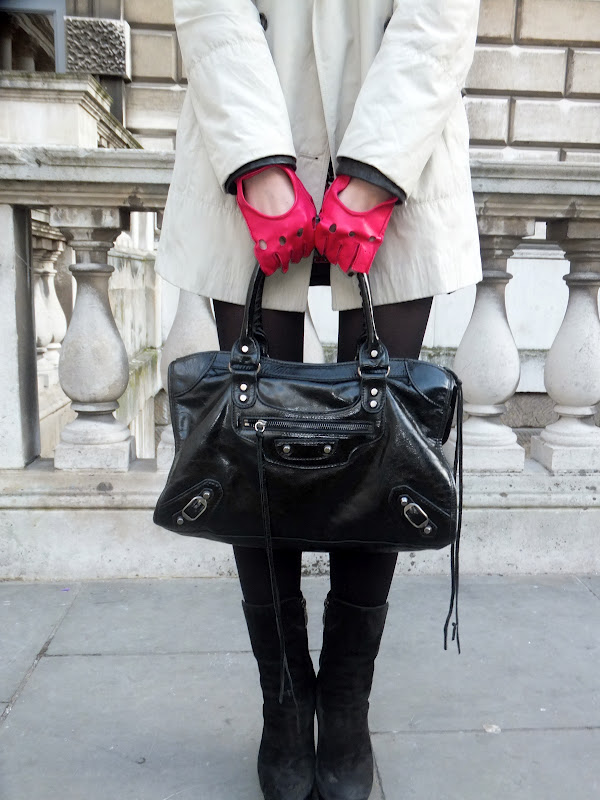 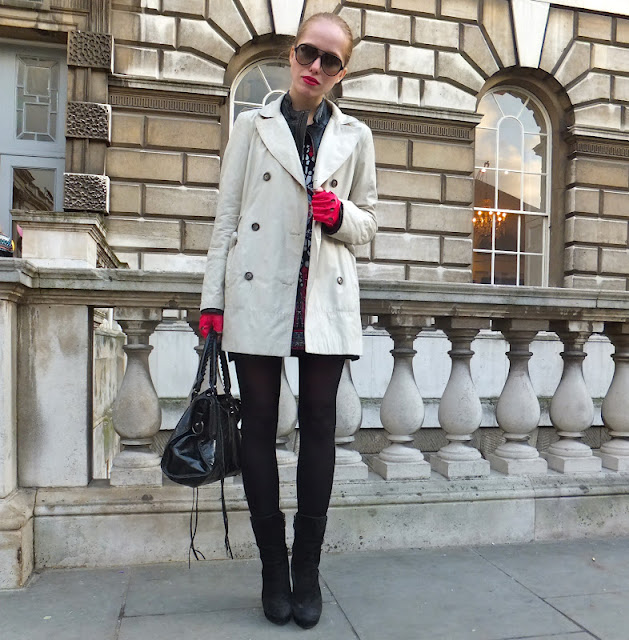 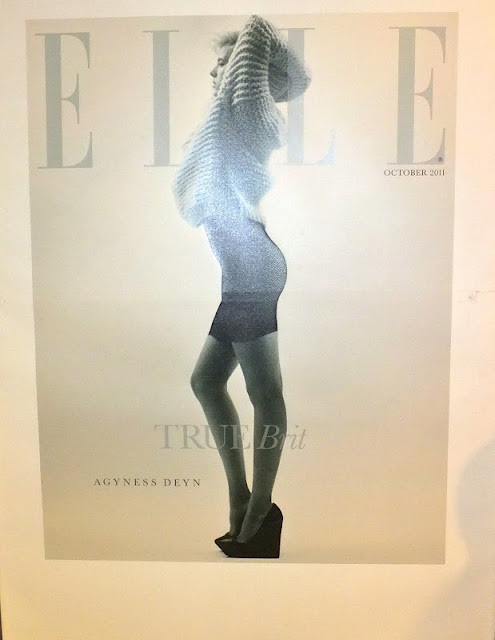 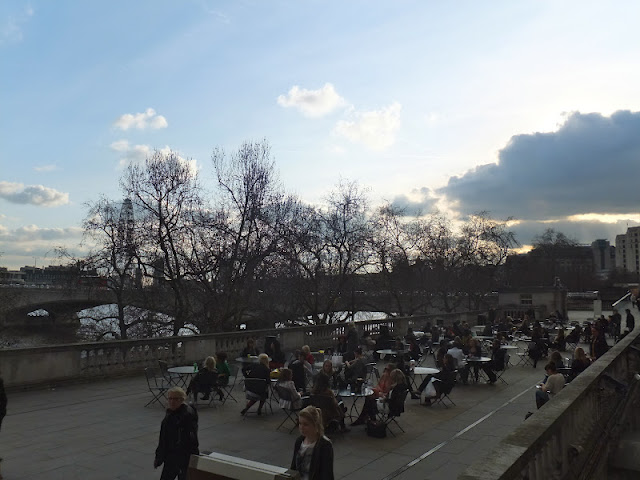 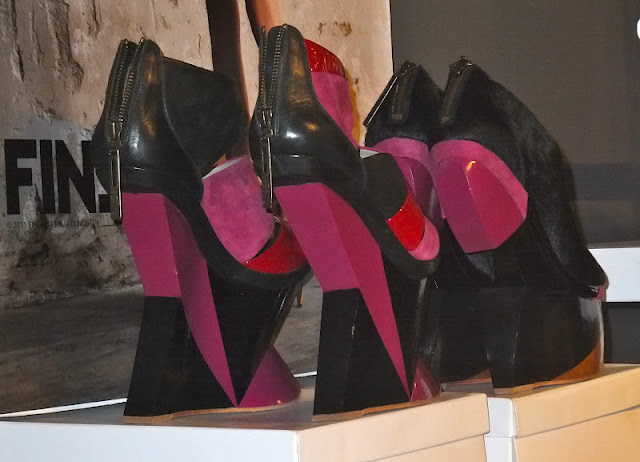