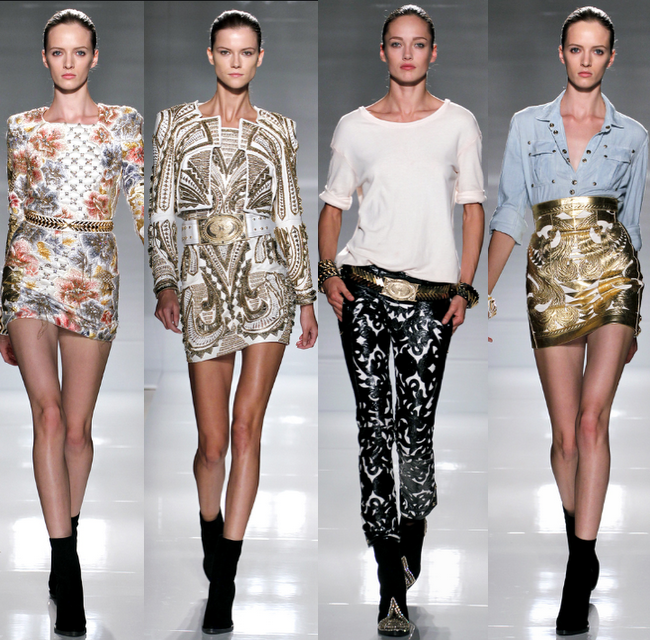 picturecredit: style.com
I couldn’t be more excited when I saw the first pictures of the Balmain show in Paris showing up on the web. I’ve been making it pretty much clear to all my readers that I had some serious doubts about Decarnin’s last designs (click here, here or even here) before he left back in February (although I’ve been rethinking my negative commenting about the collection here… it’s not that awful from a current perspective). And there I obviously wasn’t the only one. So after his sudden disappearance, half of the outer fashion world was left with a big question mark and after Olivier Rousteing was named to become the heir of Decarnin’s Balmain-baby I was absolutely curious what the 25 year old will present for SS2012. He surely couldn’t get off with that certain Balmain-look defining itself from sexy bodycon and glittery loose dresses and that hint of rock’n’roll-meets-luxury-chic together with cool casualness. But surprisingly he added some details changing the whole Balmain-impression we got the last seasons to a way more positive outcome than expected. Moving away from simple, questionable details and the whole trashy appearance Balmain slowly became under Decarnin, Rousteing brought it back to higher standards. No paper clips, needles, pins or other office equipment holding together trousers and jackets. No cheap futurism and no badly destroyed shirts & jumpers. “Thank God! Balmain’s back!” my inner voice shouted.
Precious embellishments from golden to shiny black were lovely sewed on white and I just get that feeling of a powerful combination between gold and white (which keeps a challenge since the possibility to look cheap is really high) for next year’s summer season. I’m still undecided about the denim meets gold version but I guess I’m able to work that out until next year. A definite pro for a casual yet sexy way to go out and dance the night away. An undecided con for a “…seriously?” in my head and the terrible trap of a runway-goes-everydaylife , therefore looking just not as it originally was supposed to be. I’m also not in for those high waisted pants. They look gorgeous on that skinny thing but will they do the same on me being just 169 cm tall? I doubt it… I always feel like I’m wearing some diapers when wearing such short highwaist-stuff and especially I’d do so when the shorts would be as white as they are in Rousteing’s version. However, that shouldn’t distract from the main intention of the collection: Showing the world that Balmain’s on its way of recovery. Suffering from inspirexia (that horrible disease designers tend to get – they just simply lack of any inspiration and therefore fall into a fashion-drought), it seems as if we are literally reaching the golden years again.
Another flashy detail is that massive belt holding together blouses and bottom down skirts or high waisted shorts. Reminds me a little bit of Versace’s earlier version and adds that lovely oldschool flair.
Overall I can say that Roustaing’s homework has been done. Reaching higher spheres of fashion designing again yet putting things on low-key mode, I give him an A for his runway-debut. 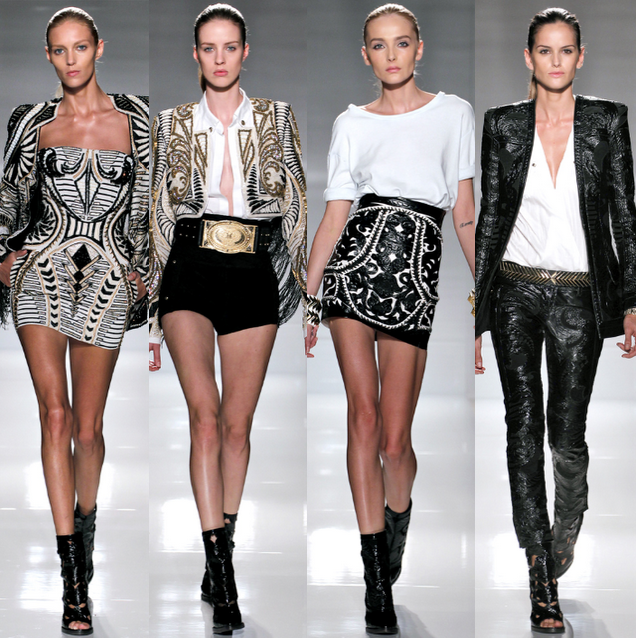 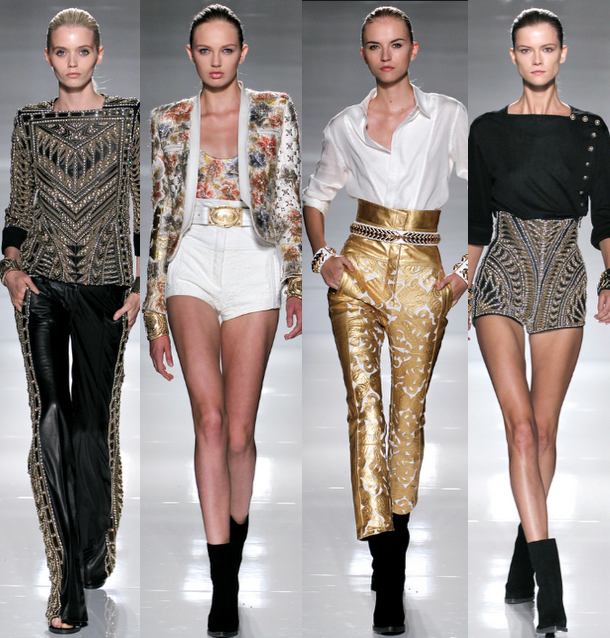 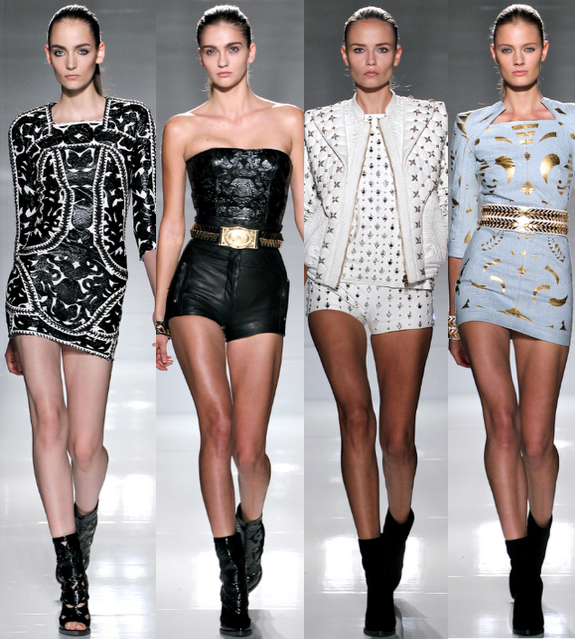