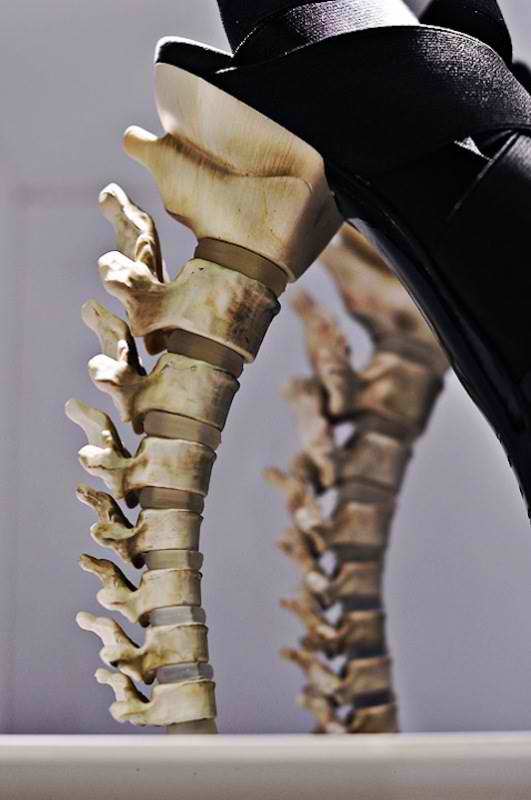 There are just rarely times when I look at something in fashion which shows bones and my reaction would be “WOW, now that looks simply amazing”. However, when I thought of what I mostly liked in 2010 (or some of the few things I started to go mad about) there were definitely these just ROCKING shoes by Dsquared². On the one hand so macabre but then on the other hand so outstanding and just loveable. If I’d had the money, I’d definitely go for them – no matter how I’d get them!
There’s just one model, which I don’t like and this is the one with the laces at the side – in my view way too slutty. Not focused on the skeleton enough. Not deserved to be called some pairs by Dsquared. The whole lacing-thing takes it all away from that … different… heel and above all it really looks cheap. If this wouldn’t say Dsquared I’d thought of some heels at a Strip-shop. Just the whole appearance makes the original thought of this shoe turn into something negative.
But beside that little negative thing, which I mostly find in every collection at anytime, I’m still in love with that shoe and whoever has one pair and doesn’t want to have it : HERE IS SOMEONE WHO WOULD TAKE CARE OF THESE BABIES & BE GOOD TO THEM UNTIL THEY REACH ADULTHOOD AND DON’T NEED THEIR MUMMY ANYMORE! (or the other way round) 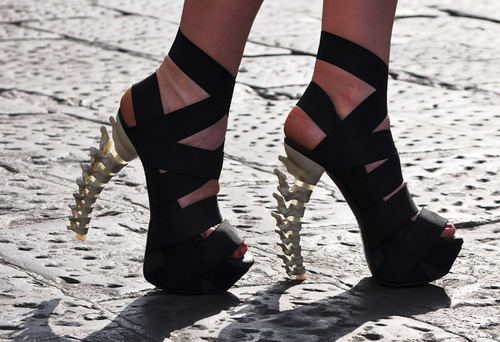 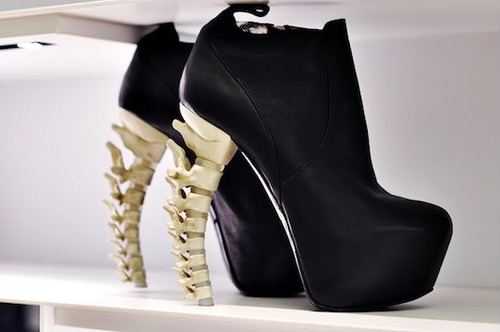 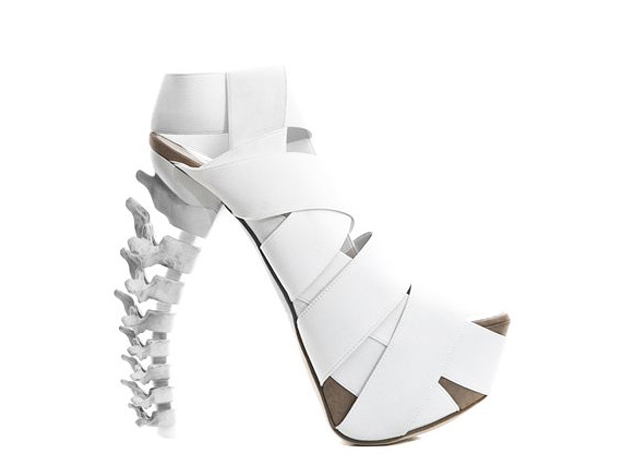 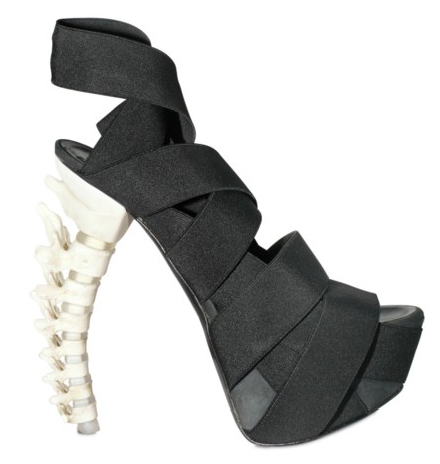 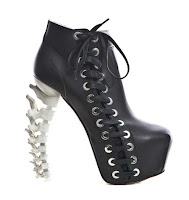